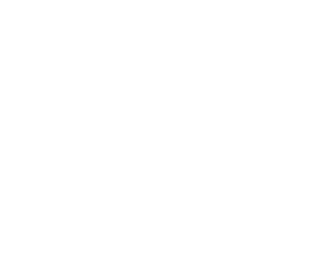 The Bruce Banner strain has hidden strengths and dense nugs that pack an Incredible Hulk-like punch! This green monster of a strain is truly one-of-a-kind and is one of the most potent strains of cannabis on earth today. The name Bruce Banner actually is perfect for this strain of weed. Why? Just as the original Bruce Banner would transform into the Incredible Hulk whenever he would get angry and need something to calm him down, the strain of Bruce Banner is also superior at providing a relaxed and euphoric high.

Indeed, total body relaxation, a lingering and persisting high, and a high that promotes sharper focus and creativity; that's what you can expect when you consume Bruce Banner. Plus, this strain is so potent that you literally only need a few tokes to get lit. Therefore, you can stay high all day off of a gram, assuming that you are smoking by yourself.

What is Bruce Banner Crossed with?

Bruce Banner, the strain (not the Hulk), was bred from OG Kush and Strawberry Diesel by Darkhorse Genetics. This strain has three variants and can be found in dispensaries throughout North America. Bruce Banner #3 is the most coveted variant, as it was ranked first place in the Denver, US Cannabis Cup. Further, Bruce Banner is the most potent strain of cannabis ever to have been tested in the High Times Cannabis Cups, with a THC content sometimes peaking out over 30%! To put that into a better perspective; Most hashish is only around 35-40% THC. In other words; The Bruce Banner strain is almost as potent as much of the hashish you will find.

Is Bruce Banner Indica or Sativa?

Bruce Banner is often mistaken for an Indica strain, although it is Sativa dominant. Sativa dominant strains are usually easily recognizable because Sativa buds tend to have leafier, fluffier nugs. However, Bruce Banner can be deceiving by the eyeball test, as it provides dense, compact nugs that pack a powerful punch.

If you are impressed by pungent cannabis, you will love Bruce Banner, as it has its own distinct earthy yet fruity smell and flavour. Additionally, the colors of Bruce Banner are delightful to look, featuring several shades of green, orange, and tons of white crystals. Be sure to use a grinder to break up your Bruce Banner strain so you don't lose any of the keef on your fingertips.

Is Bruce Banner a Medicinal or Recreational Strain?

Bruce Banner is frequently used by both recreational and medicinal cannabis users. Typically, users will experience a nice, strong high for about an hour, and then two hours of pleasant buzzing. Bruce Banner has also been reported to provide powerful, lasting pain relief that can last up to six hours.

Bruce Banner Strain
We Specialize In:

We welcome your comments!